Over a dozen of his plays have been produced in New York City, Los Angeles, across the country and on three continents. His play IT IS DONE has been published and produced multiple times, most recently winning four Stage Scene L.A. Awards for the 2019 production at Theatre40 in Beverly Hills. He is a two time O’Neill semifinalist and a one time finalist.

Alex was born and raised in the Washington D.C. area. He attended Skidmore College where he received his degree in American Studies and Theater, and then spent over a decade in New York City where he worked as a playwright, actor, and sketch and improv comedian, performing at the Upright Citizens Brigade Theater and numerous others, as well as comedy festivals across the country. He is a member of The Dramatists Guild, Inc. and ASCAP, a former playwright in residence at Railroad Playhouse in Newburgh, NY, former member of the Playwright/Director Unit at The Actors Studio West, and current member of the Playwrights Lab at Antaeus Theatre Company. He lives in Los Angeles with his wife, actress Catia Ojeda, and their two sons. 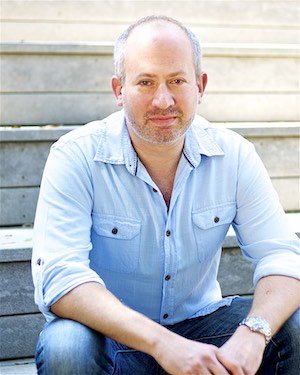 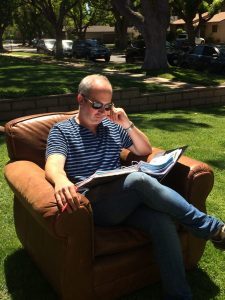 GUELLEN, KANSAS was a finalist in the 2022 Stage It! 10-Minute Play Festival produced by Centers for the ...
Keep Reading

The Zip Code Play Series produced by Antaeus Theatre Company is nominated for an Ambie Award for Best ...
Keep Reading

BROAD DAYLIGHT will have a staged reading as part of the Black Box Performing Arts Center's New Works ...
Keep Reading

THE SIX PIANOS OF MIRADERO Is Here!

THE SIX PIANOS OF MIRADERO, a radio play produced by Antaeus Theatre Company, will be released as part ...
Keep Reading

BROAD DAYLIGHT Makes it to the Finals

BROAD DAYLIGHT is a finalist in the Fringe Black Box Theatre One Act Play Festival. Out of 16 semifinalists, ...
Keep Reading